Update Required To play the media you will need to either update your browser to a recent version or update your Flash plugin.
Wait for page to finish loading...

The music listed below is available at this website in downloadable MP3 format only.
If you would prefer to receive your music on CD, please click here to order via email.

In April 1956, Norman and Nadine Merrbach released Blue Star 1501, "NEW BROOM" and "BLUE STAR HOEDOWN", a two-sided hoedown on 78-RPM shellac record. This was the start of what would become the largest and longest running square dance recording company in the world.

The first caller to record for Blue Star was ANDY ANDRUS, one of the biggest name callers from Texas, calling "CINDY BALANCE". A little-known caller from Texas made his recording debut in 1958 with "THE AUCTIONEER" — MARSHALL FLIPPO would go on to record over 100 singles and numerous albums for Blue Star, making him a house-hold name.

Music for the Merrbach record labels was played by "EARL AND HIS HOEDOWNERS", which was Earl Caruthers - a member of Bob Wills’ Texas Playboys. Music was also done by "THE TEXANS", pictured at right while playing for the Blue Star Jubilee in Houston, Texas. 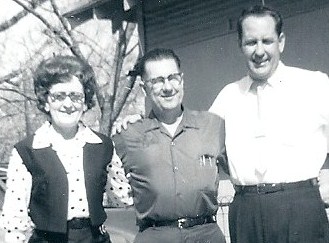 
Many nationally-known callers made their recording debut on a Merrbach record label. Here are a few:

By the mid-sixties, the signature sound of Merrbach labels was provided by Dick Shannon, dance band leader from Houston. Playing as "THE SHANNONEIRS" and "RHYTHMAIRES", the symphony musicians made solid square dance gold.

In 1971, the biggest name in calling was FRANK LANE, and to get him to join the Merrbach company, a special record label is created, named for the Lanes’ famous square dance get-away in Estes Park, Colorado - DANCE RANCH RECORDS. In 2002, DANCE RANCH becomes the first all-digital music label, releasing square dance singing calls and hoedowns on CD.

The BEE-SHARP RECORD label is formed and features the one-and-only DAVE TAYLOR in a series of workshop patter records.

The last new label formed under Norm Merrbach was PETTICOAT PATTER in 1982. To this day, it is the only record label with music recorded for women callers and featuring only ladies on the vocals. 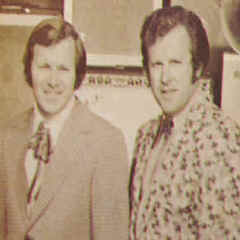 
JOHNNIE and STAR WYKOFF become owner/producers of all the Merrbach labels in 1987. Under the Wykoffs, the new music sound comes from a Houston band named "STELLAR UNIT". Their signature release is "I FOUND A NEW BABY" - the largest selling release for all the Blue Star family of labels.

BOB CAT RECORDS is acquired by the Wykoffs around 1990.

By 1996, the Wykoffs begin releasing music on the brand new format - MP3. They are one of the first to enter the digital market.


In 2002, all of the Merrbach labels and musical rights are sold to Buddy and Debra Weaver. The music by this time was being created by Buzzy Smith, a highly-respected musician from Texas. Continuing with Buzzy, new hits like "When The Red Red Robin" brought new life to Blue Star.

Under the stewardship of Buddy Weaver there have been many pioneering changes:

Music from the following labels are released with permission and subject to copyright by Blue Star Music:

This page address is: www.buddyweavermusic.com/bluestar.php
Last modified/updated on: Friday 2019-12-13 10:19 MST
§ (other pages on this website will have different dates) §